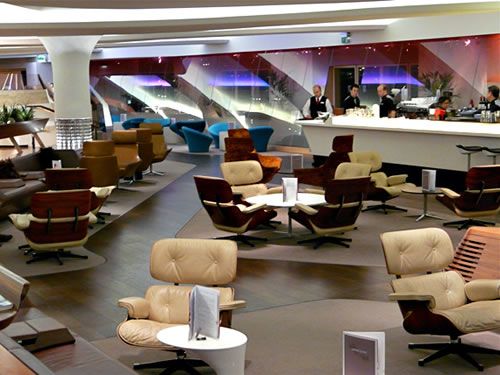 In this example I didn’t need to. I’d been welcomed for a long end of the week in New York by my dear companion James, whose Sister and Brother-In-Law had offered for us to crash at their loft sitting above Central Park. What’s more, if that wasn’t all, his Brother-In-Law Phil would go with us on business and utilize his air terminal parlor enrollment to take us along as a ‘visitors’.

All things considered, it sure thumps heading to Dover and taking the Ferry across to Calais prior to driving down toward the South of France each late spring.

First thing in the morning on Friday morning we showed up at Heathrow air terminal, dry mouthed, foggy peered toward and following essentially void bags behind us. We’d fill them with garments and keepsakes during our excursion. Whenever we’d lined up to guarantee our tickets, Phil came to meet us after a speedy call and guided us into through the entryways as his visitors into the leader air terminal parlor.

Venturing through the entryways abandoned a rushed universe VIP Airport Lounge of clamoring individuals, humming commotion and the smell of sanitizer for alleviating music, the weak aromas of delightful food and an inviting quiet. Our air terminal parlor experience had just barely started.

Having left our gear in the shroud room, as run of the mill men, the principal thing we did was make as we would prefer over to the morning meal buffet in plain view. We grabbed oat, toast, croissants, torment au chocolats, squeeze and cups of steaming hot tea. We realized that the in flight feast would be practically unpalatable, so now was an ideal opportunity to load up on nourishment for our 8 hour flight.

Having pigged out ourselves on a good (and delicious) breakfast, we relaxed in the unimaginably comfortable couches, nonchalantly visited about the week’s occasions and perused the morning’s paper or the most recent men’s magazines in never-ending joy.

Phil needed to leave us for some time to proceed to complete some work. So he took himself off to a separated piece of the parlor brimming with work stations outfitted with telephone, fax and WiFi associations.

While we had a three hour hang tight for our flight, we were loose to the point that the time passed in a squint of an eye, so while you may say that an air terminal parlor is only a celebrated lounge area, the relieving environment, food, amusement and comfortable seats simply make the time pass quickly by.

Notwithstanding, in the event that I was a standard business explorer, as Phil, it would be a beneficial venture. To have fun, yet to just unwind and get all my work together in anticipation of what anticipates me at the opposite finish of my excursion.

Skip back to main navigation